Our National Leadership Conference was a Success!

Thank you for your prayers for our Leadership Conference. Praise the Lord, we had 16 people that surrendered their lives to serve our Lord and Savior full time! We also had an attendance of 550 people and among them, we had 44 Pastors, assistant Pastors and Missionaries attending our Conference. We had the privilege to have the following guest speakers during our conference: Pastor Kevin Wynne, from Mexico City; Pastor Luis Ramos, from San Luis Potosí; Pastor Luis Parada, from Long Beach, CA; Pastor Oscar Galvan, from Sahuarita, AZ; Pastor Gil Torres, from San Diego, CA; and Pastor Alejandro Cordova, from Celaya, GTO. All of them were used by God greatly to bring exactly what we needed!

As we do every year, we were able to go early on the morning of “Cinco de Mayo” and give 20,000 tracts just before the Battle-of-Puebla-Parade started. Our family had 1,000 tracts, and we gave them out in less than 30 minutes. One young men that we sitting waiting for the parade to start, helped my oldest son Japheth, to give out some tracts to the group of people around him. I even took some pictures of this “unbeliever” helping us give away these Gospel tracts! Praise the Lord many, many people were reading these tracts, and I am sure, many got saved!

I would like to thank all those who had been praying for the purchase of our new church property. The owner accepted our proposal and within 30 days we were able to come up with the first 1 million pesos! We only had 300k and God provided the rest through a series of miracles. The first one is that our church gave an extra 300k pesos within 20 days! The last miracle is that we were still short 120k pesos and a brother from another church new about our need and gave the rest of the money! We are so excited about this answer to prayer. We have been looking for a new place for our church for quite-a-while. This new place has 800 square meters of land and is a little over three times the size of our current place. Our 14th anniversary is the first week of July and we would like to have our first service in the new place by then. Pray that this will happen! 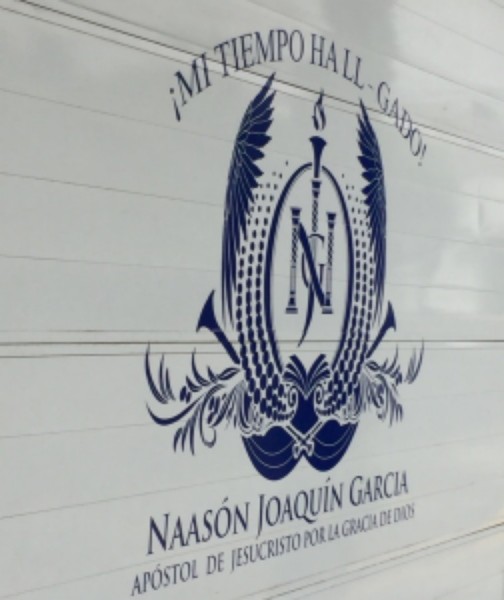 Few days ago, my wife and I were witnessing to a man named Raul Jimenez. We were in an area that is inundated with people from a sect named “Luz del Mundo” (Light of the World). This sect buys and rents houses all around their main church, and is very difficult to find people that does not attend this church. This sect is very similar to the Mormon church; it is like the Mexican version of it. They worship an “Apostle” named Naasón Joaquín García. Anyway, after I was done talking to Raul, I asked him if he wanted to pray and ask God to save him; he, without hesitation, bowed his head and started to pray by himself, a very honest prayer for God to save him. Praise the Lord for God’s grace, and for one more person going to Heaven!

Please pray that we can sell our current church building at a good price and fast! so we can finish paying the new church property. The owner is giving us three months after the first down payment to pay the rest of the money for the new property. Thank you!